Amazing run so far for our team 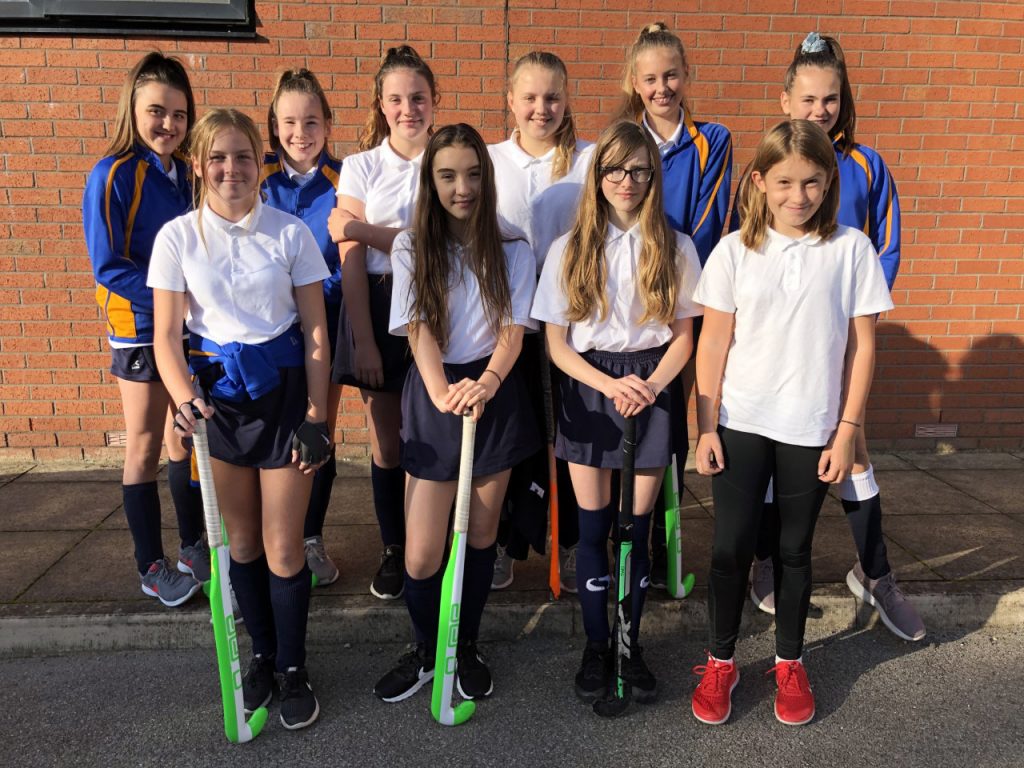 The first game was against Ackworth who in the past have beaten Kettlethorpe. Ackworth won the toss meaning that they started with the first ball. At the first whistle Kettlethorpe player Rosie tackled for the ball, forwarding onto Megan who smacked it into the back of the net for the first goal.

Kettlethorpe were glowing! Throughout the first half Kettlethorpe continued to dig into the defense but were unable to finish it off for a second goal.

After a quick team talk about using spacing, everyone was set for the second half. Kettlethorpe quickly realised that Ackworth had tightened up their defense and it wouldn’t be easy to shoot. In the second half Ackworth also had a few chances but thanks to the incredible defensive team of Leah, Maddie, Emma and Amelia, they didn’t score. Half way through the second half Kettlethorpe were awarded a short corner where Niamh smashed the ball into the back of the net and the game finished 2-0.

The second game was against Ossett Academy who also play very well tactically. Kettlethorpe won the toss this time and Eva started with the ball.

Throughout the first half, Kettlethorpe played very well, using space and marking players. A brilliant pass by Rosie found Eva who finished it off with a touch of the ball. Then swiftly after a brilliant display of skill, Niamh bagged another incredible goal. The first half ended 2-0, however it was far from over. Ossett put up a good fight but thanks to Amelia’s defensive skills they didn’t get close to scoring. Rosie then had her chance to shine and smashed the ball into the goal. Shortly after Eva scored a beauty of a goal to finish a fantastic game for Kettlethorpe.

The second game finished 4-0. All the team played brilliantly in both matches and it has been a brilliant start to a hopefully very successful season for Kettlethorpe.

Going into the games, Kettlethorpe knew these would not be easy games to play. The first one was against reigning champions, Wakefield Girls High School. Eva started up front and the game was underway. For the first 10 minutes both teams were settling into the game and there wasn’t much action in the first half. Both teams identified that they weren’t using space to their advantage.

Girls High started the second half and began to move their way up the pitch but brilliant defensive displays from Amelia, Emma, Molly and Olivia kept them out. Kettlethorpe began to move the play into midfield and Maddie passed to Rosie who then forwarded the ball to Niamh who smacked the ball into the back of the net!

After much celebrations the game came to a swift finish. All the girls were overjoyed and knew they were in a title battle!

The last game of the season was against Silcoates School. Both teams knew the competitors weren’t going down without a fight.

Silcoates started the first half, but Kettlethorpe were ready and Rosie tackled the ball and forwarded to Eva who, after a brilliant show of skill, scored! It was 1-0 and the girls were buzzing.

For the first 5 minutes of the second half, Kettlethorpe struggled and conceded their first two goals of the season. But after a brilliant save by Leah, the team grew more confident. To seal that, Megan tricked the goalkeeper and walloped the ball into the back of the net! Shortly after Rosie secured her hat-trick and bagged yet another goal. With minutes to spare Megan scored her second, assisted by Niamh to finish a brilliant game for the Kettlethorpe girls. The game finished 7-2 to Kettlethorpe.

An incredible league and incredible play from all teams. Well done to the UNDEFEATED Year 8 Kettlethorpe Hockey team!